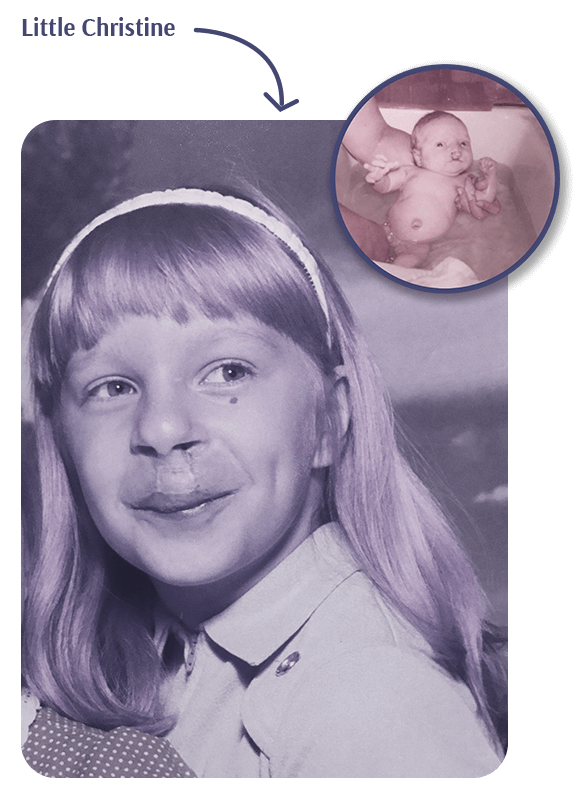 I thought I was the only person in the world with a cleft palate.

Having a cleft lip and palate is a lifelong medical, psychological, and social journey. Growing up I had more than 20 surgeries and people couldn’t understand me when I talked so I had speech therapy until I was 15.  I missed a lot of school because of my operations, dentist, and doctor visits, and as I got older I thought the medical issues would stop. There was ALWAYS another obstacle to face.

In my 20’s I had surgery to revise the scars and shape my nose, and in my 30’s I had my second bone graft and dental implants. I was passed over for jobs because of my cleft lip and I was told I would never amount to anything by school teachers. There were so many social, physical, and psychological challenges I had to overcome because of my experience with a cleft, and at times I felt completely hopeless.

Today, I have a PhD, worked for 20 years as a college professor, own multiple businesses, and I’m a confidence and transformation coach for cleft-affected individuals.  You’re probably wondering, “How did you get to the point you are at today?” Keep reading, because I am so excited to share my journey with you and to help you to have the same results.

WORK WITH MEGET IN TOUCH 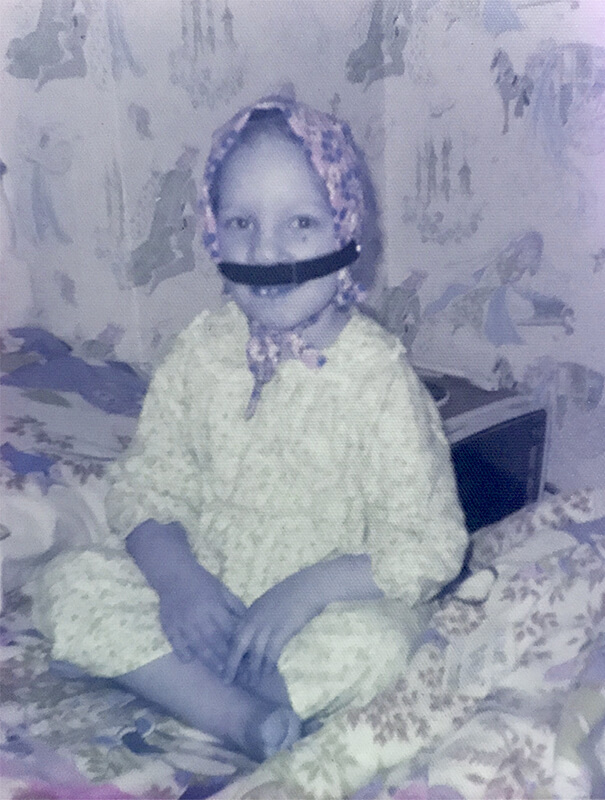 The worst part of growing up living with a cleft lip was the bullying.

From kindergarten through high school kids called me names like “Quasimodo” and “monkey face”.  One day when I went to school with bandages on my lip I was even called Hitler.  Kids told me things like "your mother was kicked in the stomach while pregnant!"  "Did you get kicked in the face by a horse?" or "Your mother had sex with a monkey!"

Sadly, even adults bullied me. I once overheard the moms talking in the schoolyard and saying things like, "Her poor mother, having a daughter look like that", or "Glad she's not my daughter, I would have left her at the hospital!"

Public ignorance of cleft lip and palate leads to endless bullying, discrimination, and social ostracizing.  In 2020, famous talk show host Wendy Williams mocked actor Joaquin Phoenix and the cleft community by pretending to have a cleft lip.  She almost called it a 'harelip', a term known to be offensive. Despite Wendy Williams’ outrageous actions, there was little backlash and public outrage. Why?  People with cleft lips and palates, like myself, are still isolated at a time when humanity is committed to inclusion, acceptance, and diversity.

As someone deeply hurt by Wendy William’s offensive comments, I took it upon myself to write a widely-read article addressing steps we should be taking to educate the public on cleft affected humans.

You can read the article HERE if you would like to learn more.

It is my mission to prevent this type of bullying from happening to other individuals with a cleft, and to continue to educate the world on the cleft community in order to cultivate understanding and acceptance.

"I am here to help you overcome challenges and realize your strength, confidence, and resiliency." 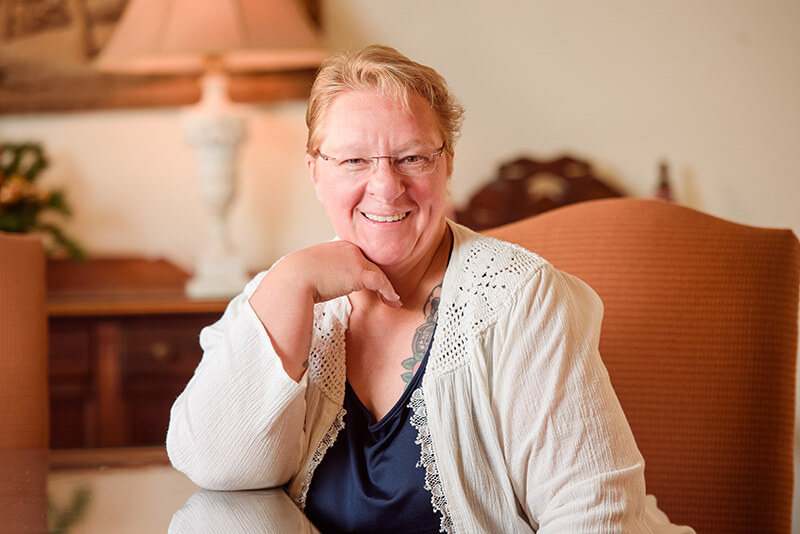 My journey from being ashamed of my cleft to where I am today was NOT easy, but your journey does not have to be as difficult.

I’ve spent over a decade in therapy, suffered painful memories and medical trauma, faced dark thoughts, and cried countless hours wondering why me? I still struggle with my anger over being born this way, my surgeries, being bullied, and much more.  The process to healing has been difficult, and it’s not completely over yet.

One day in 2017, I searched Facebook for “cleft lip and palate”.  Guess what I found?  A group with hundreds of other cleft affected adults.  My people!  I wasn’t alone anymore!  Being part of the Facebook group along with therapy, helped me work through a lot of my shame and I slowly started to gain self-acceptance and confidence living with my cleft lip and palate.

I love being a role model and sharing my experiences with people who have never seen someone with a cleft. I love helping to reassure parents of a cleft-affected child.  It is my greatest joy to continue to help cleft-affected adults gain confidence and self-acceptance like I have.

If you feel you’re ready to reach your full potential and live confidently with your cleft, please reach out to me for your Complimentary Discovery Call. You deserve to live a fulfilling life free of shame and discomfort, and I am so excited to be able to support you along your journey to acceptance.

Let's Talk About Your JourneyHAVE QUESTIONS?

Getting Involved In The Cleft Community Makes A Difference

In 2019, I became part of the Cleft Community Advisory Council with Smile Train.  As a member of the Council, I work with other cleft-affected adults to help strengthen global communications and the cleft community in the United States.

Our biggest event is CleftCon, an annual virtual conference open to everyone where participants learn more about growing up and living with a cleft, cleft resources, and much more!

LEARN ABOUT SMILE TRAINMAKE A DONATION 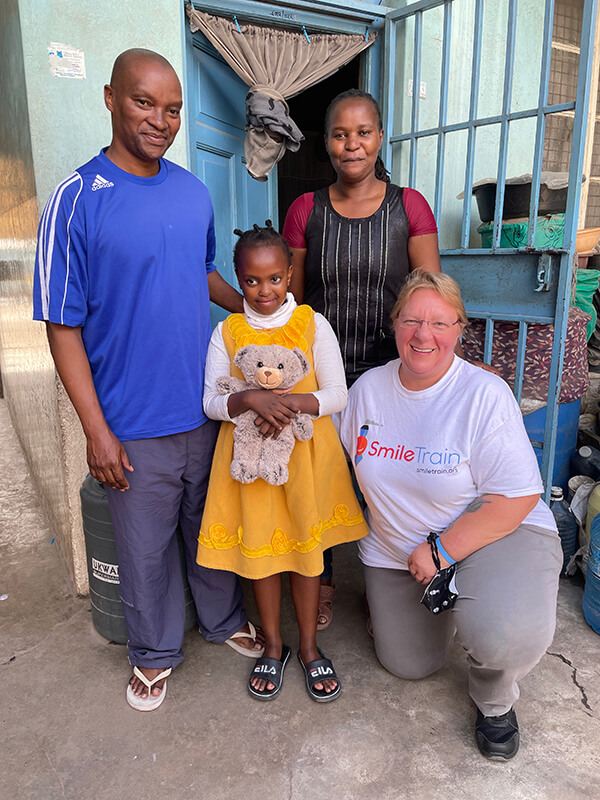 Check out my most recent trip to Africa with the World’s Largest Cleft Charity, Smile Train.

To learn more about the work Smile Train does, I visited Nairobi Kenya with members of the Smile Train Team and other Smile Train volunteers as part of Smile Train’s Journey of Smiles program. During my visit, I met four children who have a cleft lip and palate. I made many wonderful memories and learned valuable life lessons. 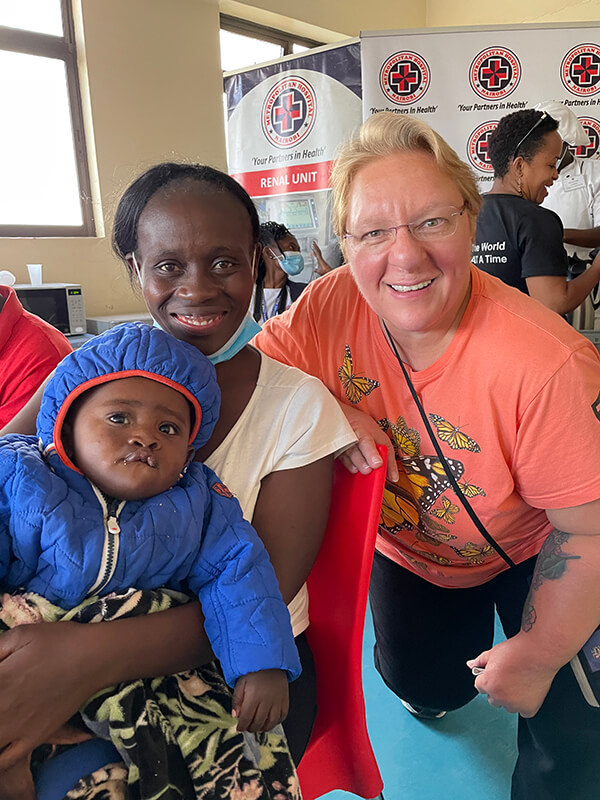 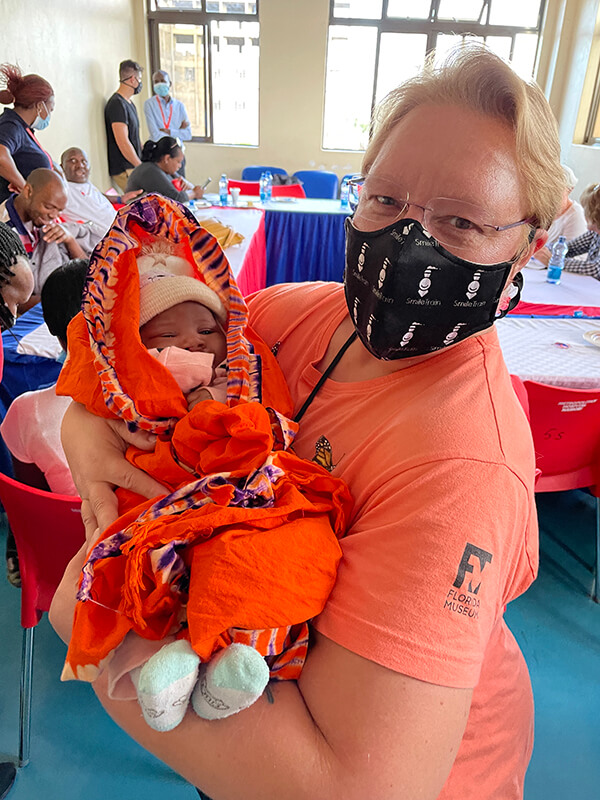 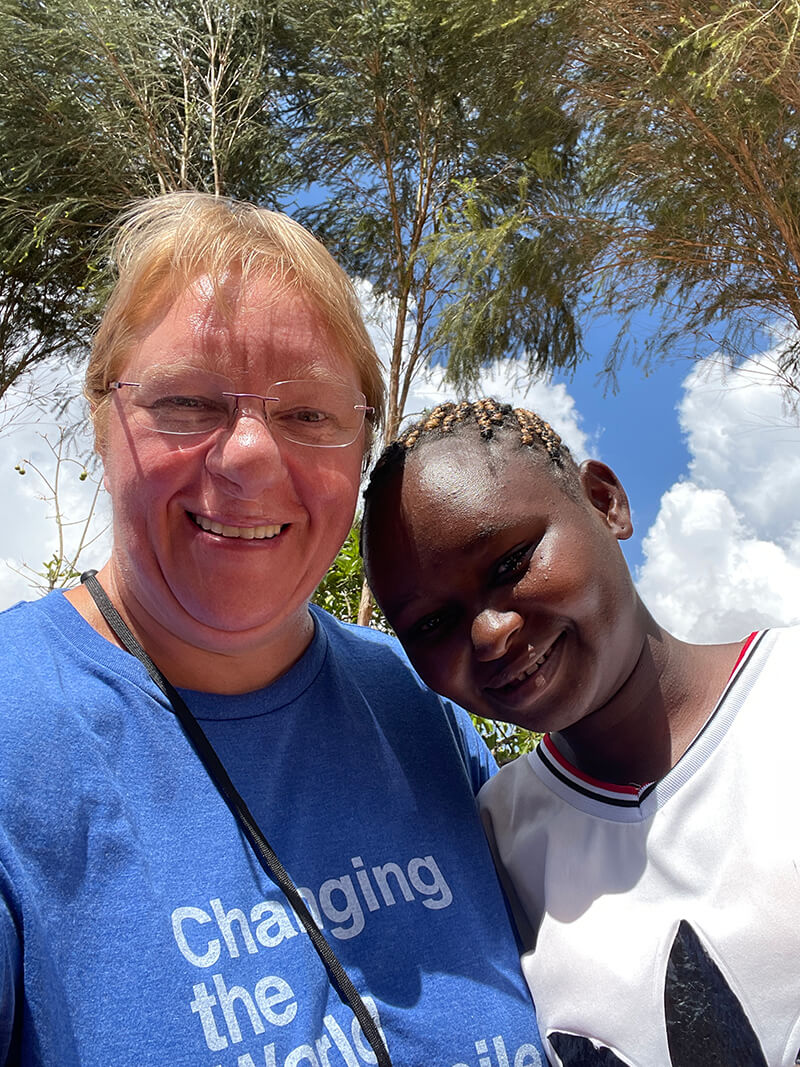 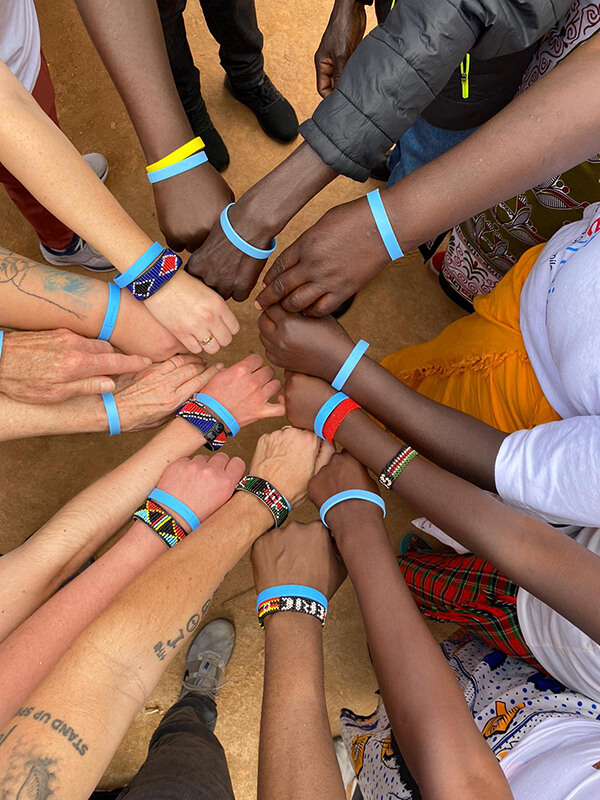 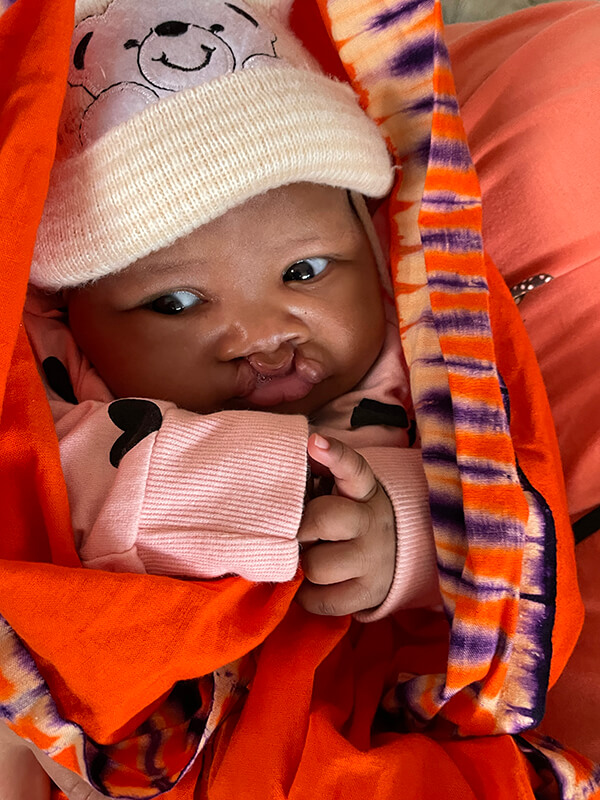 Would You Like To Join the Smile Train Community And Help To Create Smiles Worldwide? 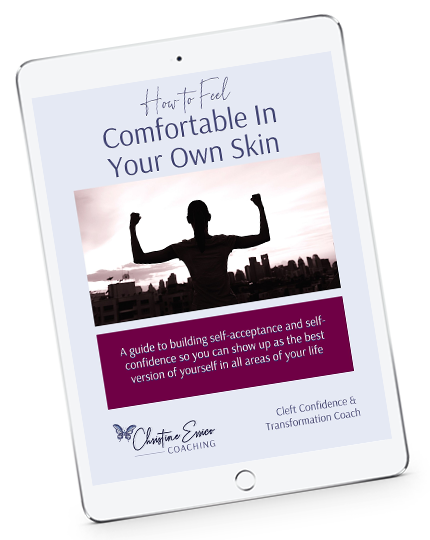 Download my FREE ebook to help you get started on the path to gaining self-acceptance and building self-confidence.

Thank you! Your submission has been received!
Oops! Something went wrong while submitting the form.

Are You Ready To Reach Your Full Potential
and Start Living Confidently with Your Cleft?

Please use the contact form below to reach out with any questions or concerns you may have, and I will return your message within 48-72 hours. I look forward to speaking with you.
Thank you! Your submission has been received!
Oops! Something went wrong while submitting the form.